So, as alluded to in my previous post, it has been a minute, and yes, it is my fault, because I am the only person responsible for this fathomless void of bookish rambling and amusing gifs, yes, I am undeservedly proud of this trash-blog, it is AMAZING. But lately I have gained some DEMANDING readers – okay, reader (singular), and that is my husband, a.k.a. The Dragon Slayer (hey bae), who seems to think this period of silence is some symptom of ennui, when in fact, it is merely a stage in the endless cycle of reading. Sometimes we glom, sometimes we slump, but we are always thinking about books… just not, er, actually blogging about them. UNTIL NOW. Slump’s over, boys, books are back on the menu.

So today’s review is about a book on my second honeymoon (#basic), and lemme tell you it was a weird book to read on your second honeymoon, because it is fucking EMOTIONAL. I cried  a c t u a l  tears (that never happens), and also went into a tangential Egyptian history nonfiction spiral (more on that next time). The book is A Pure Heart by Rajia Hassib. Let’s do this. 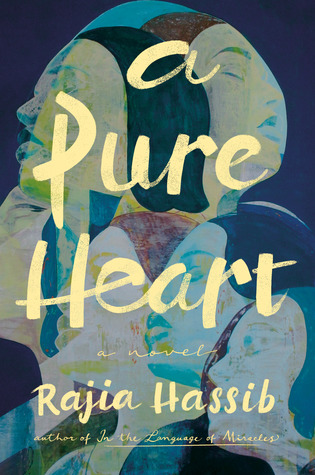 I like the background image, but I hate the Aladdin VHS cover font. Yes, this book is set partially in Egypt, but please give me a better font than Word 98’s Matura Script Capitals, jeeSOS.

Colours are good though, loving those moody pastels. Very instagrammable.

Sisters Rose and Gameela Gubran could not have been more different. Rose, an Egyptologist, married an American journalist and immigrated to New York City, where she works in the Metropolitan Museum of Art. Gameela, a devout Muslim since her teenage years, stayed in Cairo. During the aftermath of Egypt’s revolution, Gameela is killed in a suicide bombing. When Rose returns to Egypt after the bombing, she sifts through the artifacts Gameela left behind, desperate to understand how her sister came to die, and who she truly was. Soon, Rose realizes that Gameela has left many questions unanswered. Why had she quit her job just a few months before her death and not told her family? Who was she romantically involved with? And how did the religious Gameela manage to keep so many secrets?

Rich in depth and feeling, A Pure Heart is a brilliant portrait of two Muslim women in the twenty-first century, and the decisions they make in work and love that determine their destinies. As Rose is struggling to reconcile her identities as an Egyptian and as a new American, she investigates Gameela’s devotion to her religion and her country. The more Rose uncovers about her sister’s life, the more she must reconcile their two fates, their inextricable bond as sisters, and who should and should not be held responsible for Gameela’s death. Rajia Hassib’s A Pure Heart is a stirring and deeply textured novel that asks what it means to forgive, and considers how faith, family, and love can unite and divide us.

Seriously, though. This was a exceptionally well-crafted story, balancing multiple narrators, time jumps, and themes with incredible artistry. I’m so glad I read this – I found it online, featured in a list of recent releases by female MENA (Middle Eastern and North African) authors. It’s not exactly my usual type of read (cough dragons cough), but hey, what do I always say, right? Get out of your reading comfort zone and find some unexpected gems.

I thought the characters were incredibly written, realistic, deep, and profoundly human. Each one of them has their own struggles, and it was really cool to see the same event from multiple characters’ perspectives (for example, disagreements between the sisters, Rose and Gameela). It really illustrates that we can’t ever completely know what the people around us are struggling with, and that every person, even the happiest, cheeriest, sunniest of us, has their own problems to deal with. Honestly, sometimes I forgot I was reading fiction – the characters especially are so vivid, and that, coupled with Hassib’s skill at setting a scene and capturing all the tiny details, made this feel like I was reading a biography.

Hassib also did an exceptional job in capturing the struggle, faced by so many first- and second-generation immigrants, to merge two vastly disparate cultures into a single lived experience. Rose is the most obvious example of this, emigrating from Egypt and assimilating, or attempting to, into both the American academic culture and her husband’s Midwestern Christian family, but even Gameela and Mark display this yearning to merge the East and the West (or the old and the new, the familiar and the foreign). I really identified with this on a personal level. I find it difficult to even articulate this cultural challenge and how it has affected my own life, so to read a book that really captures the nuances and complexities of what often feels like an impossible task… I mean, it’s just really stunning. And the writing itself is just *chef’s kiss* BEAUTIFUL.

Not gonna lie, folks, this book will get you right in the feels, but at least it let’s you know right up front that the ending isn’t exactly a happy one. No spoilers or anything. Hence the dazzling title of this blog post.

Read it. Yes, tears, sobbing, broken herart, etc., but so so worth it.

“Every time she reaches for something and finds it in its place, she is momentarily disoriented, unsure where she is or what year it is, the familiarity of her childhood home constantly jarred by the fact that, except for short, sporadic visits, she has been away from this home for six years. When she discovers that things have moved in her absence-the sugar is not where it used to be-she feels cut off. Foreign.” 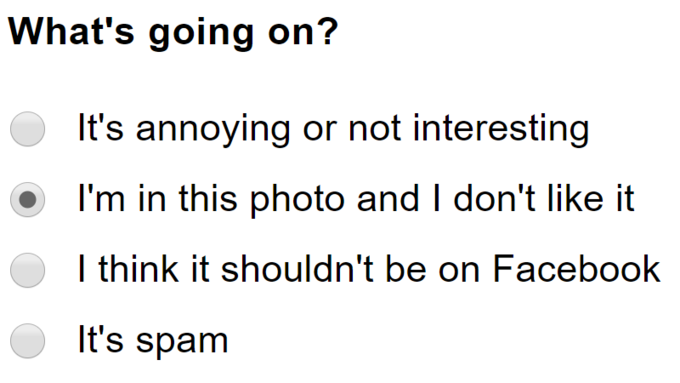 Gonna use some Egyptian actresses because #representation

You know what, Imma go with the husband on this one. And not just because I was envisioning post-FNL Taylor Kitsch when I pictured his character. But eff me, guys, Riggens can get it.

Eight out of 10 incredibly hot and supportive husbands, both fictional and nonficitonal, who stand by their culturally confused wives as they navigate the perilous journey of reconciling contrasting world views, honouring the traditional heritage of their ancestors, and surviving the overwhelming smorgasbord of modern Western society.

That’s it, we back on the blogging bullshit. Next time… it’s the return of the NONFICITON BENEDICTION.